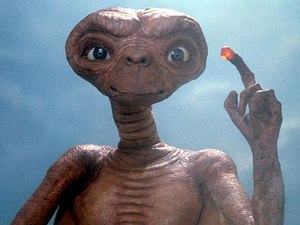 If we are ever to find alien life in our lifetimes, there is no doubt that it will most likely be within our own solar system. And I’m not talking about little green men (sorry about the misleading picture), but more likely microbial alien life. In April of this year, NASA’s chief scientist, Ellen Stofan said, “I believe we are going to have strong indications of life beyond Earth in the next decade and definitive evidence in the next 10 to 20 years.”

This is quite shocking considering a little over a decade ago we thought the search for extraterrestrial life was all but dead. For many years scientists narrowly confined the search to something called the “habitable zone”, or informally known as the Goldilocks zone (I like this name better). This is the area within a star system that’s close enough to a star to allow liquid water, but not so close as to boil it away. Because Earth is our only reference for life, it was once thought that liquid water was an essential ingredient to the porridge of it; but as we’ll see later, even now that is being questioned.

Nevertheless our best hope still lies with liquid water and the only places thought to have, or had it at one time, was Earth and Mars. Unsurprisingly these are also the only two planets within our own solar system’s Goldilocks zone. Since Mars has yet to yield any signs of life, the chances of finding alien life in our solar system once seemed pretty grim. However very recent and very credible evidence is showing there is most likely oceans of liquid water far from where we thought it should be in our solar system. Because of this and continuing research on how life forms, the race is back on to find alien life in our solar system and here are the three most likely places we’ll find it. 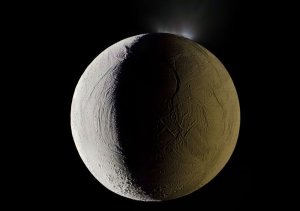 Enceladus and its geyser spray

Enceladus is a small, ice-covered moon of Saturn. Although some may disagree, I list this as the most likely place for three reasons: warm liquid water, organics and the ease of access. In 2005, NASA’s Cassini spacecraft photographed geysers of frozen water shooting up from cracks on the surface of Enceladus. It is almost certain the culprit of these geysers is reservoirs of liquid water beneath the frozen surface formed by something called tidal flexing. Basically there’s this sort of gravitational tug-of-war between Enceladus, its neighboring moons and Saturn itself. These interactions stretch and contract the moon, creating heat which causes the ice beneath the surface to melt and form liquid water. Additionally, Cassini’s instruments also detected organic compounds like methane in the geyser spray and where there’s warm water—speculated to be near boiling temperatures—and organics, there’s the possibility of life. Life has formed in very similar conditions near hydrothermal vents here on Earth. However what really sets Enceladus apart is how easily it would be to snatch up evidence of life if it’s there. Whatever exists in those subsurface water reservoirs is continually being shot up by geysers into space and all we’d have to do is fly by and grab it with a spacecraft. There’d be none of the complications of landing robot drillers on the surface like other icy-moon candidates. Unfortunately, partly due to NASA’s shrinking planetary science budget, there are no planned missions to explore Enceladus.

Europa is another ice-covered moon a little smaller than our own orbiting Jupiter. Like Enceladus and Europa’s two neighboring moons, Callisto and Ganymede, it most likely has liquid water beneath its surface caused by tidal flexing between it, Jupiter and other Jovian satellites. Possibly there’s more water here than in all of Earth’s oceans. It is also speculated that the oceans contain salt because the moon has a magnetic field which means it’s electrically conductive; something fresh water is not. With water, salt and carbon-based organic compounds from comets that have inevitably hit the moon, you’ve got quite the recipe for life. While salt hasn’t been directly detected yet, a probe mission has been proposed for 2025 that will answer all questions about the moon’s chemical makeup. If this chemical makeup is considered life-friendly it will be all the more reason to send a lander to Europa. The problem however lies then with how to drill through 10 miles (16 km) of extremely hard ice. Nevertheless drilling through 10 miles of ice to reach water seems more promising than drilling through the at least 60 miles (100 km) of rock covering Callisto’s and Ganymede’s water.

Titan is the only other place in our solar system to have rain and liquid lakes. It is also the only moon to have a dense atmosphere.

Titan, Saturn’s largest moon and the second-largest in the solar system, would be my favorite outcome for alien life because it would completely rewrite our recipe book for life and expand the possibility of it immensely throughout the rest of the universe. Honestly I was tempted to list it as first, but I felt obligated to give preference to at least two water-bearing moons first. Other than Earth, Titan is the only known place in our solar system where it rains and there are liquid lakes. It is also the only moon in the solar system to have a dense atmosphere. Granted the rain and lakes are made of liquid ethane and methane, but ethane and methane are both saturated hydrocarbons—a.k.a. life-making stuff—and the atmosphere is largely made up of nitrogen just like here on Earth. On Earth ethane and methane are gases, but because the temperature on Titan averages about -290 Fahrenheit (-179 Celsius), they come in all three states of matter—liquid, solid and gas. There’s also a whole methane cycle analogous to Earth’s water cycle which creates similar Earthly weather patterns on Titan.

Just because organic compounds found one way to form into life here on Earth, doesn’t mean that there aren’t a multitude of other ways—in fact I refuse to believe so. In 2010 Sarah Horst of the University of Arizona found all five nucleotide bases (the building blocks of DNA and RNA) and amino acids (the building blocks of protein) among the compounds produced when energy was applied to a combination of gases like those found in Titan’s atmosphere. It was the first time nucleotide bases and amino acids had been found in such an experiment without the presence of liquid water. In 2013 NASA did an experiment of their own and also concluded that complex organic chemicals could arise on Titan based on simulations of the Titan atmosphere. If life were to exist on Titan, it would most likely inhale hydrogen in place of oxygen and metabolize with acetylene instead of glucose and exhale methane instead of carbon dioxide.

The other thing Titan has going for it over the two former candidates is we already know how to get robot landers to the surface because we’ve done it before. In 2005 the Cassini spacecraft dropped the Huygens probe and you can see how eerily similar the surface looks to Earth in this video here. Unfortunately as of right now there are no planned return trips to Titan.

Until next time my friends, stay curious.